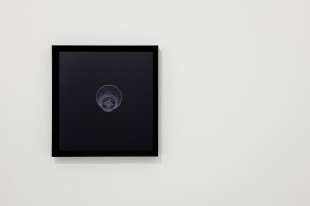 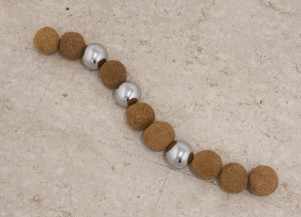 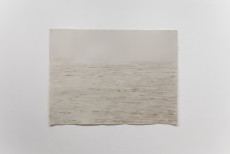 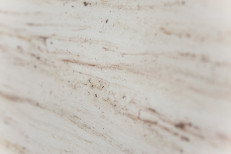 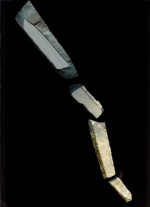 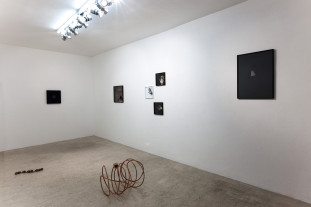 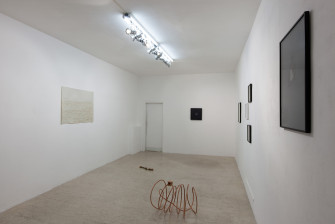 AQUEMINI is the first solo show by the italian artist Graziano Folata (Rho, 1982).

Aquemini. The wet nature of vision, the fire nature of the stars. How can you aim for seeing the new? How to ensure that the world can be rediscovered and can be conceived again as if been looked for the first time? And how, by virtue of this inaugural look, can we renew it? How to redeem it for eyes that will come? I believe that this utopian hypothesis is linked to a work in progress; to a sensitivity that joins the world considered as an aesthetic phenomenon, as a construct of events and latent images ready to be awakened, to be disclosed to the power visionary immanence. It’s a gentle force of a secret organ that, secretly likewise, secretes new material expression. It is the desire opposed to starvation of the show, the desire that allows you to see, to make a conscious act of looking and recognize . The active perception becomes composition, poetic gesture, invention transformation and excellence, in a word: Glory. These structures of meaning presented within AQUEMINI are the forms of two inaccessible habitats to man: stars and marine liquidity, but they are also probes for imagination that visits deep and stars. (G.F 2013)

First speech. The light of the image moves onto the transparent surface of the glimpse and it lights up what you cannot see. The light marks a perimeter of sense, it draws the line. Gold, stone, light and darkness. Earsplitting beauty in the dark gloomy night that surrounds us and everything seems to swallow. Like a lightning that awakens wingding. The night fills up. The eyes see one more time. Life is here. Beginning without end. Roll out. (Federico Ferrari)

Slow distance. I see moisture and dryness. I feel smoothness and wrinkle. I see an endless assembly of moments seeking a sync in their inescapable and daily run. I also see swings and balances that, on the contrary, are given by a quiet leaving, which does not seem to find peace, precisely because made by something living, destined to a natural aging. A corporal silent action triggers in this “sensory structure”; so fragile and flexible, but in meanwhile so powerful in its ability to stop in a space-time power. This action, “abandoned” to the movement of other bodies, has its origin in a practice – as well as in a precise thought – and seems to want to slowly reach a step that perhaps it’s even not allowed to. Just because it is a gesture that we can define “inaugural”: it is from there that you feel already the germ of the “visual difference” in which it becomes real a dangling picture. The image resists to a “imaginative” flow, and the gaze – who first surveyed material and surface, light and movement – is the embryonic stage of that germ. (Giovanna Manzotti)

Metonymy. Content and container are mixed up. Graziano Folata preserves the trace of what leaves no trace. That melts in the sun, under the gaze of children not aware of how childhood can be synonymous with cruelty and sadism. Those dancers, those paratroopers composed primarily of water turn into water on the paper for etching. They were jellyfish, they become sea. A yellow-crowned sea, choppy. (Marta Cereda)