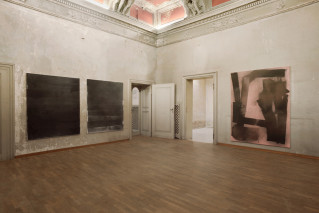 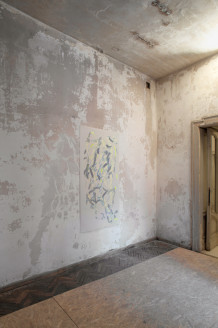 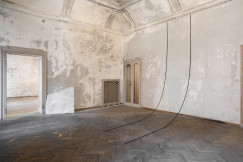 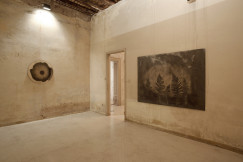 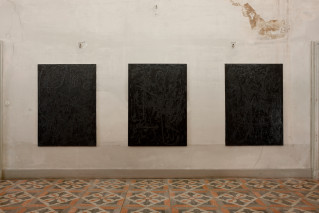 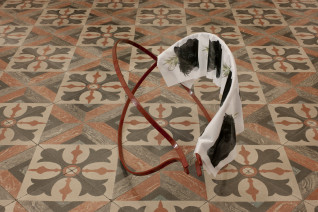 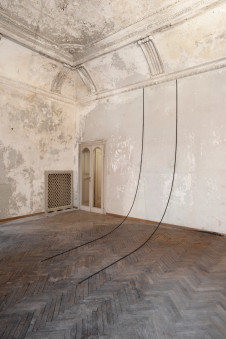 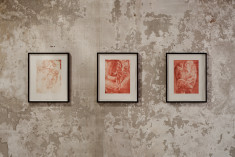 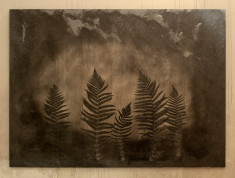 The exhibition title L’avventura / Die mit der Liebe spielen refers to the Italian and German titles of a film from 1960 by Michelangelo Antonioni (English title: The Adventure), one of the most important protagonists of Neo-Realism. The title thus pays homage to this particular Italian-born film genre. The plot can be understood as a metaphor for the quest of the artist and leads to the insight that the emptiness which often remains is just as meaningful as the starting point itself. Since the invention of the new medium of the moving image, film and the visual arts have partaken in a reciprocally inspiring relationship. The perception of the world around us is influenced more than anything else by film, which thus also plays a decisive role both in the production and reception of the visual arts.

For the most part, the artists participating in L’avventura / Die mit der Liebe spielen studied at the Academy of Art in Düsseldorf and live and work in the Rhineland region. The majority of the works on view have been created especially for the exhibition and are being presented to the public for the very first time. The various contemporary positions make use of the media of drawing, painting, sculpture and video and are being presented within an impressive framework, namely the 17th century Palazzo Guaineri delle Cossere in the historic town centre of Brescia, leading to a fruitful dialogue between art created in Germany and the ambiance of Italy.