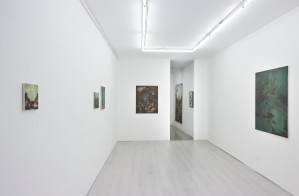 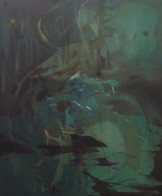 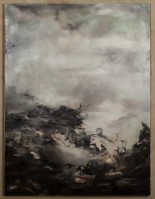 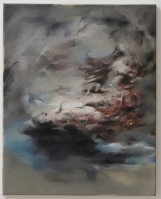 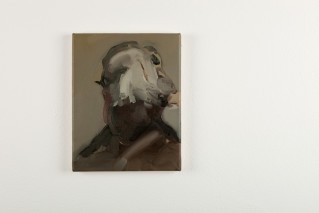 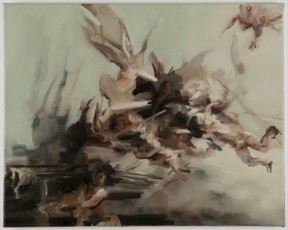 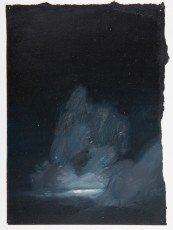 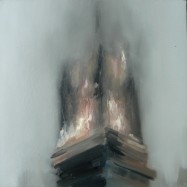 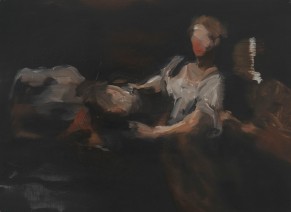 Born in Montecchio Emilia (1987), lives and works in Nürnberg (D). Panting degree at Urbino Accademy (I) and at the Accademy of Fine Arts in Nürnberg  (D).

Nazzarena Poli Maramotti is a genuine painter: her analysis explores the traditional subjects consistently – portrait, landscape and still life –and investigates the possible relations between shape and color, tone and light, matter’s density and lightness, experimented in the painting practice. Working with recurring subjects frees her from being worried about the content, allowing her to concentrate on the painting.
Earlier in her career, around the years 2000, her research was on shape and portrait mainly, looking at historic and modern tradition, from the German Expressionism till Soutine, Bacon and Baselitz. From the beginning of her career she is intolerant towards academic rigidity of mimesis: she sets herself apart from reality; physical features are partially deleted and become the excuse for an extraordinary and new pictorial sensibility where action, matter and color merge in a tangled combination. The artist overcomes the specific individual forming universal shapes that aim to grow and include the landscape, another field of pure painting action. By doing so, she crosses the boarder of different genres. (Rossella Moratto)