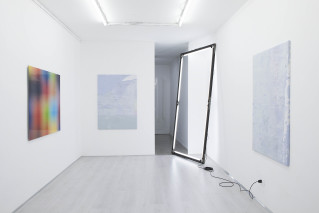 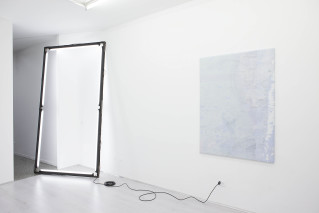 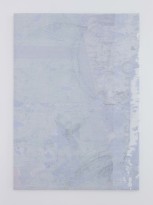 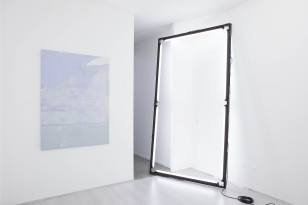 Three group shows over one year, the same three artists, Simon Laureyns, Silvia Hell and Niccolò Morgan Gandolfi, always in the same place. The first show, Even a Birch Can Be Real is opening on Saturday, December 19th, at AplusB Contemporary Art, Brescia. In this way the project is testing a different repetition of an exhibition scheme.

“A group show always runs the risk of providing a univocal, arbitrary and partial view of the artists’ work”, so the project’s curator Gabriele Tosi, “starting such a process, we hope to respect the complexity of the individual research and to convey the potential of the available resources at best”.

The artists involved are Niccolò Morgan Gandolfi (Washington D. C., 1983 – Lives in Bologna), Silvia Hell (Bolzano, 1983 – Lives in Milan) and Simon Laureyns (Ghent, 1979 – Lives in Ghent) – this will be his first show in Italy. Never have they exhibited together. Their artistic education, their research, their manners are different; though they are linked both from a strong attention towards what affects reality’s perception and the ways to experience the world, and from the ability of synthesize the stratification of their attitudes in one piece of art or in a series of works.

“I brought Gandofi, Hell and Laureyns together”, states Tosi, “because I’m persuaded that the complexity and the variety of the visual and perception systems resulting from the three shows may mirror an idea of art which is free from the purpose of supporting one kind of artistic research over the others, but still represents a privileged medium to look at the aesthetic potential of what surrounds us, by relating us to the different dimensions of the world, to their fullness of substance and meaning”.

The works of Even a Birch Can Be Real come from the artists’ ateliers, where they were chosen since they are emblematical of the physical and mental contexts they investigated.

The project is continuing with the second and third show in May and September, 2016.